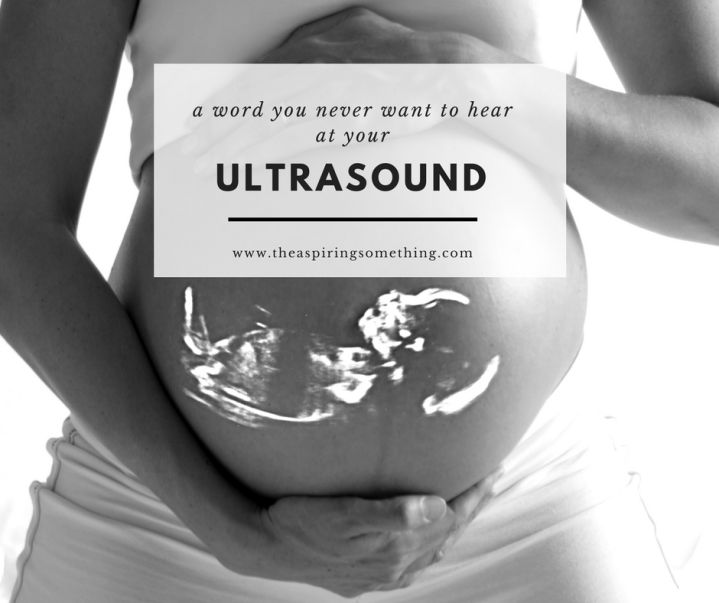 I had never heard the term “Single Umbilical Artery” (SUA) until my most recent pregnancy. When my husband offered to Google it to find out more information about it, there was (of course) good ol’ Wikipedia, and a bunch of medical articles that didn’t feel very personal (although they were hopeful). I wanted to share my experience of having a pregnancy with a Single Umbilical Artery to encourage others with SUA that things more than likely will be just fine!

It seems like whenever people ask you about your pregnancy, the first question is, “How are you feeling?” and the second is something along the lines of, “Everyone’s healthy?” Whenever people would ask me the second question during my last pregnancy, I could feel myself preparing myself to lie as I would smile and answer, “Yep!”

My first pregnancy with our son was what is doctors classify as “unremarkable”. This is the kind of pregnancy you hope to have. No morning sickness (although it seems that that is pretty remarkable), nothing out of the ordinary in ultrasound scans, no gestational diabetes, no crazy mood swings – just smooth sailing from start to finish (with a serious case of cankles thrown in for good measure). I remember my husband telling me he had a feeling that we were going to have a “chill” baby because my pregnancy had been so great and I hoped against hope that he was right.

To this day, we count ourselves among the very lucky parents who have a content baby who comes crashing into their lives as politely as possible. Sure, we were tired, but he slept well, ate well, traveled well… you get the idea.

So, when I got pregnant for the second time last year, we had no reason to think that things would be any different than my first pregnancy.

As I wrote in this post, we would have been ecstatic to have a brother for Beckett, but were really hoping for a little girl this time around. Not long after the magical lines showed up ever-so-faintly on a pregnancy test one morning on a weekend getaway in beautiful Canmore, I took to the Internet to see what Old Wives Tales might help me to determine whether we’d be having a boy or girl until I could have our 20-week ultrasound where we’d find out for sure. For the record, the Chinese Gender predictor, Baking Soda Pee test (don’t worry, I used an old Starbucks cup, so you don’t have to question the mugs at our house), and heart rate predictor all pointed to girl, but I still wasn’t holding my breath at this point.

Weeks dragged by, and finally, it was time for our gender scan. The ultrasound felt long and we couldn’t wait to get our little envelope with the Boy or Girl box checked off so we could tell our family and friends the results. When the Ultrasound Tech returned with the doctor, the doctor said, “Everything looks great.” before continuing, “There was just one abnormality.”

My heart immediately started to race and I felt like I was going to throw up. There weren’t supposed to be abnormalities. This was supposed to be another perfect, “unremarkable” pregnancy, like my last. The doctor could see how freaked out Stu and I were, and explained that my baby had what is called a Single Umbilical Artery, which meant that my umbilical cord had only one artery instead of the normal two. She told me that this was a fairly common condition (affecting about 1 in 100 pregnancies) and likely would mean nothing, although it could sometimes be associated with low birth weight, heart defects and/or kidney problems in my baby. The doctor explained that babies with heart defects tend to have a higher instance of SUA, but babies with SUA don’t necessarily have a higher rate of heart defects (if that makes sense) and that I shouldn’t worry. She told me that, when the rest of the ultrasound looked “normal”, as mine had, that there was likely nothing to be concerned about, and that I would just have to have more ultrasounds to check in and make sure my baby was growing normally and that her heart looked ok. With that, she handed me the envelope containing the gender of my baby, again told me not to worry, and sent Stu and I on our way.

I tried to hang onto the doctor’s reassurance that I had nothing to worry about. Stu and I were originally going to take our sealed enveloped to a local donut shop that makes gender reveal donuts to find out who was growing inside of me, but I needed a pick-me-up, so we went out for lunch and anxiously ripped open the envelope together while waiting for our chicken fingers (like true grown-ups do). When we saw the box next to “Girl” with a check next to it, we both started crying. Right away, we FaceTimed my parents to share the news. The excitement of our call, though, was tinged with the “but” that would follow. I tried to stay optimistic and reassure my parents (and later, Stu’s parents, our siblings, and the few friends and family we told about the SUA) in the way that the doctor had reassured me, but inside I was terrified.

We still made time for donuts, though, because donuts fix almost everything. 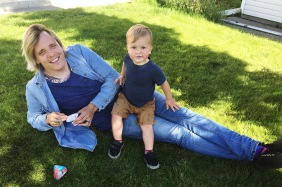 I didn’t want to tell people about it, because I didn’t want them to turn to “the oracle” (aka Google) to find out what exactly a Single Umbilical Artery might mean for my baby and then to start to worry. I didn’t want to be worried, and didn’t want anyone else to worry for me. Anyone who knows me knows that I am a bit (okay, more than a bit) of a hypochondriac. You know those memes about Googling your symptoms and finding out you have weeks to live? Yeah. That’s me. Except I never EVER Google anything because it sends me into a panic for hours/days/weeks and my poor husband is left consoling me until I find something new to worry about. So I made him Google the condition for me. Like the doctor, he reassured me that the outcome looked very good for our baby, and that we would love her “no matter what”. Of course we would love her no matter what, but that’s not what I wanted to hear. I didn’t want a “no matter what”. I just wanted a healthy baby.

That night, and for a few that followed, I could hardly sleep. I worried and wondered about my baby girl. I cried. I prayed. I tried to remember the doctor’s words and kept telling myself that if she wasn’t worried, then I shouldn’t be either.

A few weeks later, we had a fetal echocardiogram to check baby’s heart where we spent an hour in a dimly lit ultrasound room looking at a bunch of mysterious blobs on the screen in front of us. I finally gave up trying to decipher what I was seeing and picturing worst-case scenarios and closed my eyes. The tech didn’t give us any indication whether things looked normal or not, so I spent the entirety of the appointment wishing for it to end so we could get our results and go home. Finally, she left the room and took what felt like forever to return with the doctor. I held my breath as I waited for the good news we had been praying for. And we got it. Our baby’s heart was “perfect”. Never have I been so relieved to hear that word. I tried not to cry as we thanked her and left. I could breathe again.

I was hoping that we were finished getting ultrasounds (funny how this had changed so much since my pregnancy with B, where I felt lucky to have any chance to see him and wished I could have had more ultrasounds), but, unfortunately, had to have another one a few weeks later to monitor baby’s growth. This time, I was sure everything would be fine, so I told Stu not to worry about taking the day off of work. Again, I laid on the table while the tech quietly scanned my little girl. Again, she left the room what felt like an eternity later and again she returned with a doctor. Before they came in the room, I could hear the doctor ask her, “Is her husband with her?” I knew that whatever was coming was not going to be great news.

The doctor told me that they had been hoping to get a glimpse of my baby taking “practice breaths” but hadn’t seen her do that during my appointment. He told me that everything else in the ultrasound had been fine, but that I would need to go to the hospital to have a non-stress test performed to make sure everything was ok. Once again, I tried not to cry as I plastered a smile on my face, thanked him, and left. I immediately called Stu, who cancelled the rest of his meetings for the day and met me at the hospital in a triage room where I was hooked up to a fetal heart monitor. The nurse who was taking care of me didn’t seem concerned, and within about twenty minutes, she joined the ranks of people who would reassure me that everything was okay and told me that often babies can take hours to take the “practice breaths” they had been hoping to see at the ultrasound. I left the hospital relieved, but wishing more than ever that I could just hold my baby in my arms and know for sure that everything was going to be okay.

Fast forward to a few weeks later, as I lay on an operating table, frozen from the waist down, waiting to meet my baby two weeks earlier than expected, due to high blood pressure. I looked at my husband as he told me how strong I was and the two of us anxiously waited to meet our baby girl who would be delivered via C-Section. It felt like forever before we heard the doctor and nurses excitedly announcing, “Wow, she is huge! And look at all that hair!” There was our baby, the spitting image of her big brother when he was born.  She was perfect. Our Eloise.

Two weeks after her birth, we had to take Ella, as her brother has affectionately nicknamed her, to have her kidneys checked at yet another ultrasound. I tried not to think about it in the days leading up to the appointment, and actually kind of forgot about it in the whirlwind that followed bringing her home. In the car on the drive there, the butterflies returned. The ultrasound tech was sweet and we watched Moana as she scanned my baby’s kidneys (pretty sweet ultrasound setup – why do kids get all the perks?!). Again, we tried to be positive as we waited for the doctor’s results. Again, we received the verdict we had hoped and prayed for – everything was deemed “perfect”.

As I’m writing this, I’m laying on my bed with my “perfect” little girl beside me. Like her brother, she’s a great eater and a pretty darn good sleeper, too. I’m bursting with thankfulness that we have a healthy baby girl, especially after the rollercoaster of a pregnancy I had. I have always loved the name “Eloise”, and wanted to use it for Beckett if he had been a girl. In this moment I am realizing how much this name was truly meant for her – its meaning (which I thought was cheesy before, but now appreciate so much) is “healthy”.