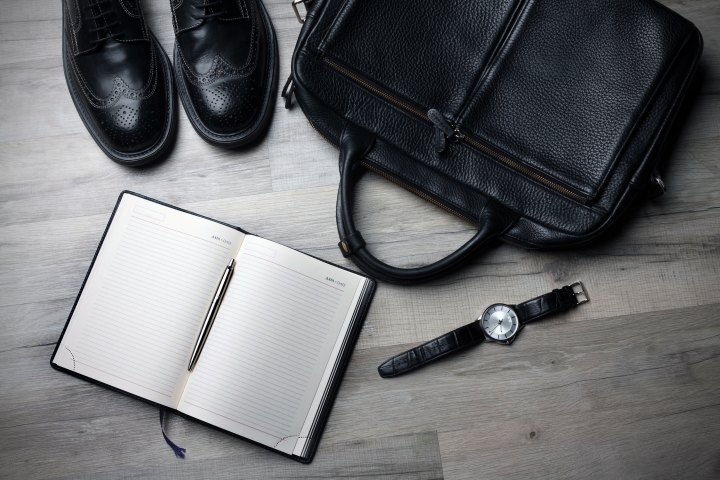 Some days, it’s hard to get out of bed. I certainly don’t get paid enough for some of the things this job entails (and by enough, I mean at all), but something keeps me coming back.

This morning I woke up for work at 6:30. My boss was in my bed. If that sentence feels  unsettling to you, it only gets worse. After climbing deep into the covers, he told me that he loved me, and in the next breath, announced that he had pooped in the shower and began laughing maniacally. I’d like to tell you that this was a one-off incident, but cleaning up poop has been at the top of my list of requirements of employment since the day I took the job. As I grabbed the bleach and a mountain of paper towels, my boss followed me into the bathroom to stand over my shoulder and supervise my janitorial efforts. He dutifully let me know that I missed a spot as I scrubbed the floor with one hand and guarded the bottle of cleaner with the other. Once I had sanitized every surface of the shower, it was time to serve him his first meal of the day.

Almost every day, without fail, I have served my boss a bowl of Cheerios and a banana with a glass of milk for breakfast. Today, he spotted a box of Mini Wheats in the cereal cupboard, and requested that I fill his bowl with that instead. When I presented the meal to him, he threw himself to the ground and cried. After spending about 5 minutes reminding him that this was the specific breakfast item he had asked for, he could only be convinced to try it when I was about to give up and eat it myself. In that moment, with the way he attacked the bowl, one would have assumed that it had been prepared by a James Beard award-winning chef (though, to be fair, that phrase means absolutely nothing to my boss, whose palate is still fiercely underdeveloped). I hoped that filling the angry, empty belly of my officer in command would mean a more peaceful morning from there on out. The universe laughed at my naievete.

After selecting a highly cultured programme** for my boss to watch on television, I ran upstairs to change out of my pajamas and put on some more formal work attire (my pajama shorts with a clean shirt) and brush my teeth. In the 36 seconds I was gone, my boss had taken it upon himself to climb onto the counter and shove half a loaf of bread into his mouth while spilling the other half all over the floor. He seemed to be pleased with himself, and when I tried to coax the shredded sourdough out of his tiny fist, he growled at me like a rabid dog who had finally found sustenance after rummaging through festering trash cans for weeks. Powerless against his ravenous hunger, I opted to lay underneath him on the floor in an attempt to catch the crumbs as they exploded out of his mouth rather than expending the energy to go and find a broom.

Later, I suggested that my boss and I get out of the house to enjoy the beautiful day. After attempting to explain to him that there was no justifiable reason that he should be “scared of his clothes”, I managed to wrestle a pair of pants and a T-Shirt onto him and we officially started the day. Because my boss is highly distractible and stops to pick up every single rock and pinecone he comes across once he embarks on any type of walk, I told him that I would be delighted to push him in his “seat” (i.e. stroller), and he agreed that this would be satisfactory.

Approximately 12 minutes into our adventure, we were well on our way and my step counter was emerging from its week long slumber. In that moment, my boss began to whine that he wanted to be on “the other path”. Not knowing which other path he was referring to, I tried to explain he was going to love this path and if he waited a little longer, he would see what I was talking about. He whole-heartedly disagreed and let me know this by continuing to whine and cry until I finally had to make good on my threat to turn around. Of course, that’s when the realization of the path’s greatness set in for him and he vowed to “be good”, but at that point, there was no turning back (well, technically, there was, but I mean, there was no turning back from my turning back.) So we went home, where I promptly placed him in his cage of despair (his sister’s crib) and left him to sleep away the pain I had forced him to endure by taking him on what Toddler Time magazine will one day refer to as “The Worst Walk of 2018”.

Around lunch time, I noticed that the grass in our back yard was beginning to take on a delightful tinge of brown, so I decided to water it on the deck while my boss was distracted with a leftover bowl of mac and cheese. Unfortunately for me, he wasn’t nearly as distracted as I thought he was, and in his attempt to join me in my gardening efforts, he managed to turn the deadbolt, locking me out of the house. Luckily, my quick thinking prevailed, and after many failed attempts to get him to reverse what he had done, I raced around the house and let myself in through the garage. He seemed genuinely apologetic for what he had done, but my deeper self has a hard time believing this was purely accidental.

Because I care about my boss’s social development, I scheduled a playdate with a friend for the afternoon. When this friend arrived, my boss was delighted and invited him inside while he raced around to get ready to head for the park. Once we arrived at the playground, he completely forsook his scheduled playmate for a random child on a Power Wheels who let him come along for a ride. I hope that this doesn’t speak to his future dating habits, but I digress. When I volunteered to return to the office (home) to retrieve his Power Wheels so that they could ride together, he excitedly accompanied me. As I worked up a sweat dragging it back down the block in the 30 degree heat, he promptly jumped on, rode it for 3 feet, and then abandoned it in favour of chasing around the already occupied Power Wheels in hopes he’d get another turn.

After our park escapades, we headed back home to cool off. As the clock inched closer to 7:00, my boss asked me if we could cuddle on the couch. When I agreed, he requested that we look together at his “Bubba Book”, which is a photo album made for him by his grandmother filled with pictures of his first year of life. As we looked at the pictures, he looked in my eyes, gave me a kiss, and said, “I love you mom. I’ll always protect you.”

When we finished flipping through the pages of his album, I made him spaghetti, which is his favourite meal (for today, anyway). As he devoured his second plate, with a face covered in sauce, he proclaimed, “That was DE-LICIOUS!” and proceeded to look for a cloth to attempt to clean himself off. He then decided that he needed to have a bath to get “cleamed up”, and headed upstairs, where he played hilarious games with his different sea monsters and boats in the bubbles, As he later climbed into his pajamas, he excitedly grabbed a Little Critter book off of the shelf (“This one’s my favourite!”) and we took turns reading the different parts. When we were finished, I kissed him goodnight and told him that I loved him, to which he responded, “Yeah. You love me. I love you too, mom.”

And this is why I get up in the morning. It’s why I’ll never quit. Because despite the tantrums, the messes, the hectic-ness™ and the exhaustion that comes with it, I wouldn’t trade my boss for anyone else in the world. He’s my son, and I have the best job I could ever ask for. I love that little boss baby.

** Spelling words with the British Spelling (i.e. programme) makes them sound more scholarly, thus preventing anyone from questioning your use of either the word or the item it is describing. For instance, “Fine, you can watch Paw Patrol” sounds far more educationally valid and thus socially acceptable when you say “Fine, you can watch the Paw Patrol Programme.”

10 thoughts on “My Boss Is A Tyrant, But I Can’t Bring Myself to Quit”